My son, my first child, will be born in a few weeks. I still grapple with what the event will mean to me, and, more generally, what the birth of a human means. I look at Sahar, in the full, round glory of her pregnancy, in awe of the simple fact that her body is capable of this. This body that I have come to know so well over the past eight years, its grace, its sensitivities, its blemishes, has transitioned into this new state, this state between states. Her body is somewhere between Sahar and A., between one and two, between female and male. I see her snap at her belly from time to time when he decides to press his toes into her ribs or presses too vigorously on her bladder. To refer to what I’m looking at as “Sahar” or as “Sahar and A.” seems a gross oversimplification. The state of this creature lies somewhere in between what we typically consider the identities of human beings.

END_OF_DOCUMENT_TOKEN_TO_BE_REPLACED 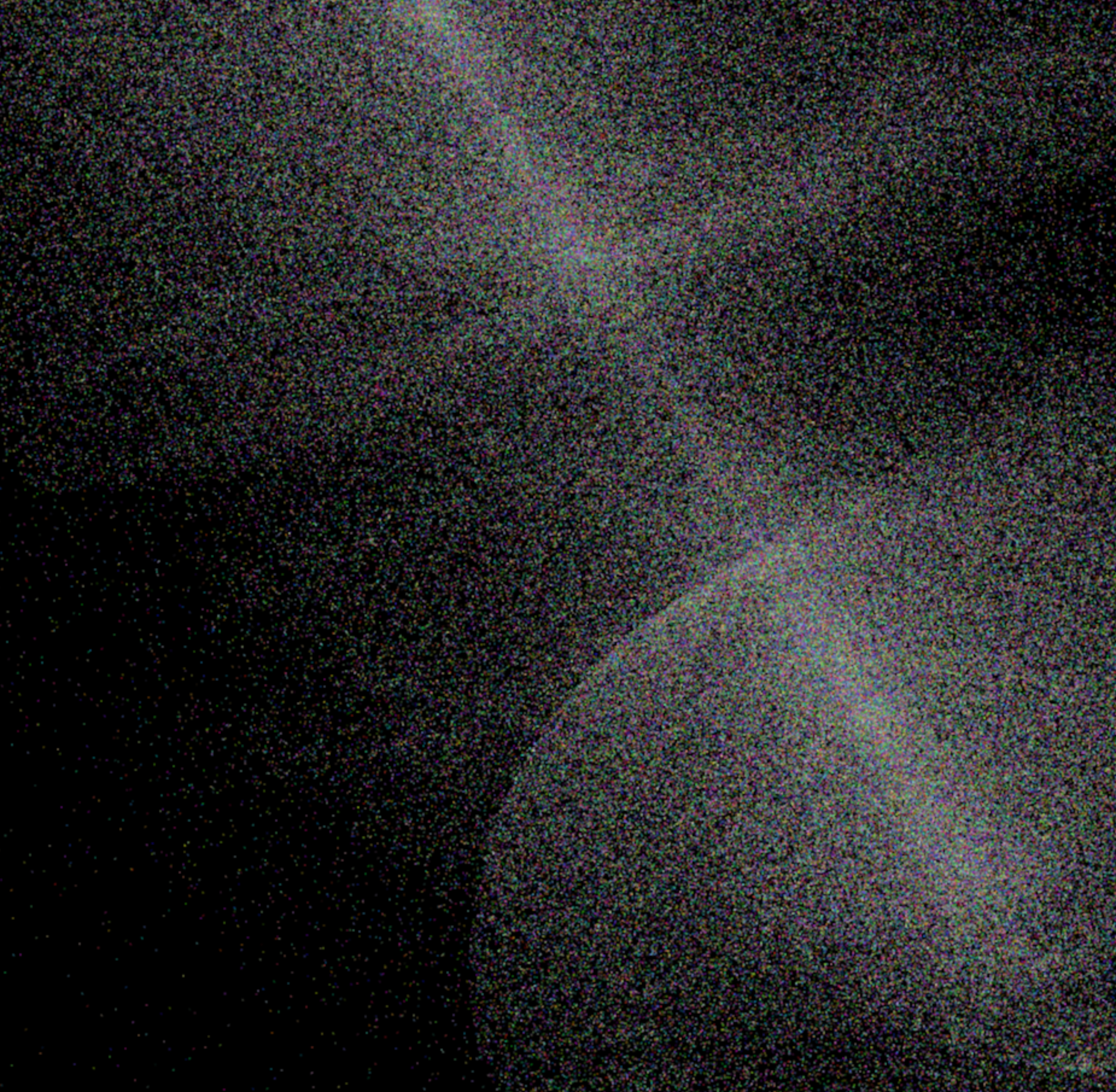 We’ve now covered all the basic drawing tools of PicoGL.js. We’ll finish off the series by using those tools to implement a simple particle system that does a gravitational simulation on the GPU using transform feedback. Our simulation will consist a large number of particles attracted to three centers of gravity. We’ll be updating our particles using the equation for gravitational acceleration, g = GM/r2, where M is the mass of one of our gravitational centers, r is the distance between it and a given particle, and G is the gravitational constant.

END_OF_DOCUMENT_TOKEN_TO_BE_REPLACED 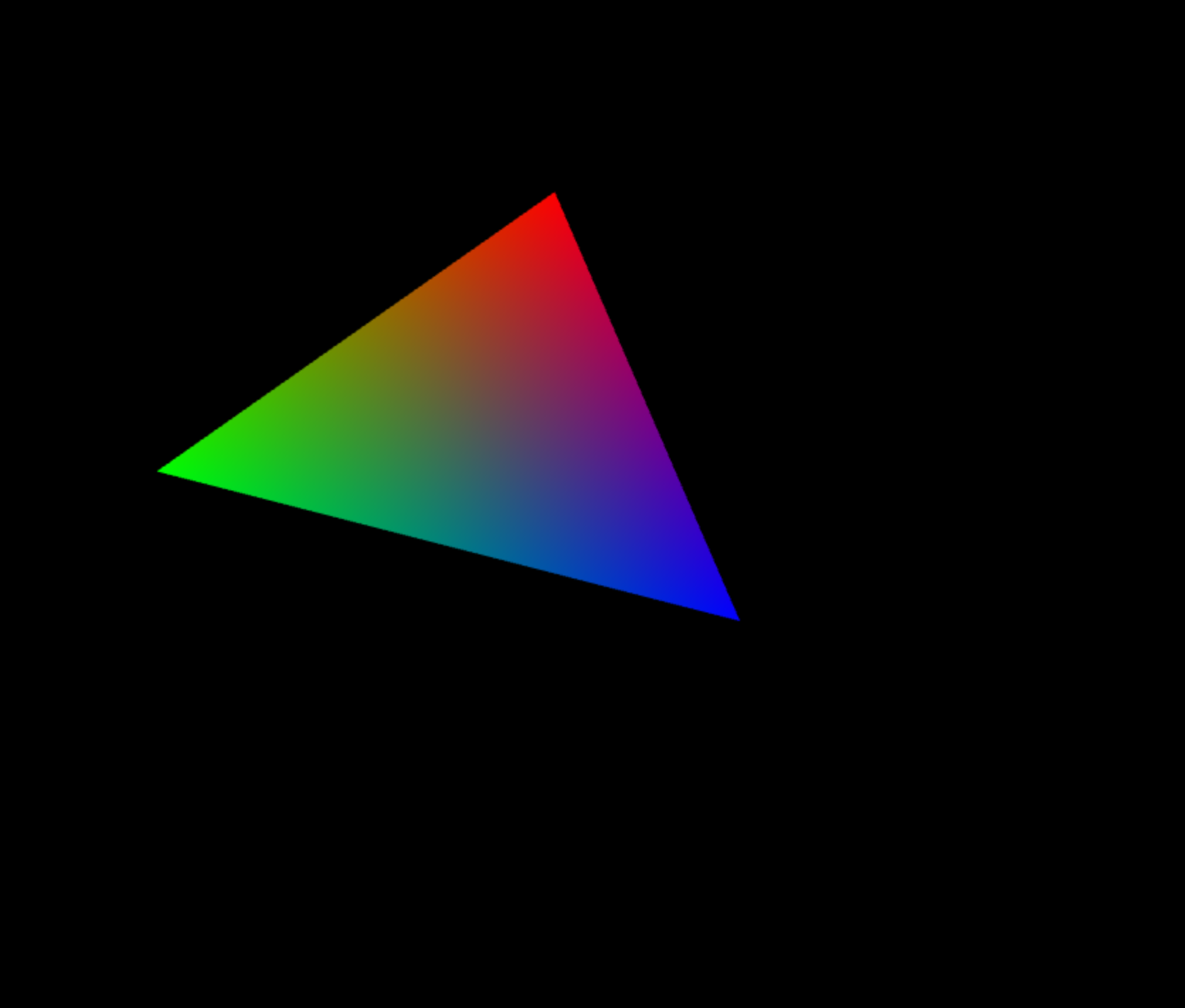 In part 3, we learned how to use uniform buffers and instanced drawing to make our rendering more efficient. Transform feedback is another WebGL 2 feature that targets performance and can significantly improve the performance of animations. In WebGL 1, you would normally have to update object transforms on the CPU, which meant iterating over them serially. With transform feedback, we can capture vertex shader outputs from one frame into a buffer and use them as inputs for the next frame. This allows us to move our animation updates to the GPU, taking advantage of its massive parallelism.

END_OF_DOCUMENT_TOKEN_TO_BE_REPLACED

In the last lesson, we rounded out our core rendering toolkit with textures and framebuffers. In this lesson, we’ll look at some new WebGL 2 features that don’t introduce new functionality, but let us draw the things we can already draw much more efficiently. We’ll start with uniform buffers, which allows us to load all our uniforms into a block of memory that stays on the GPU, rather than updating them individually on each draw call. Then we’ll take a look at instanced drawing, which allows us to draw multiple copies of an object in a single draw call.

END_OF_DOCUMENT_TOKEN_TO_BE_REPLACED 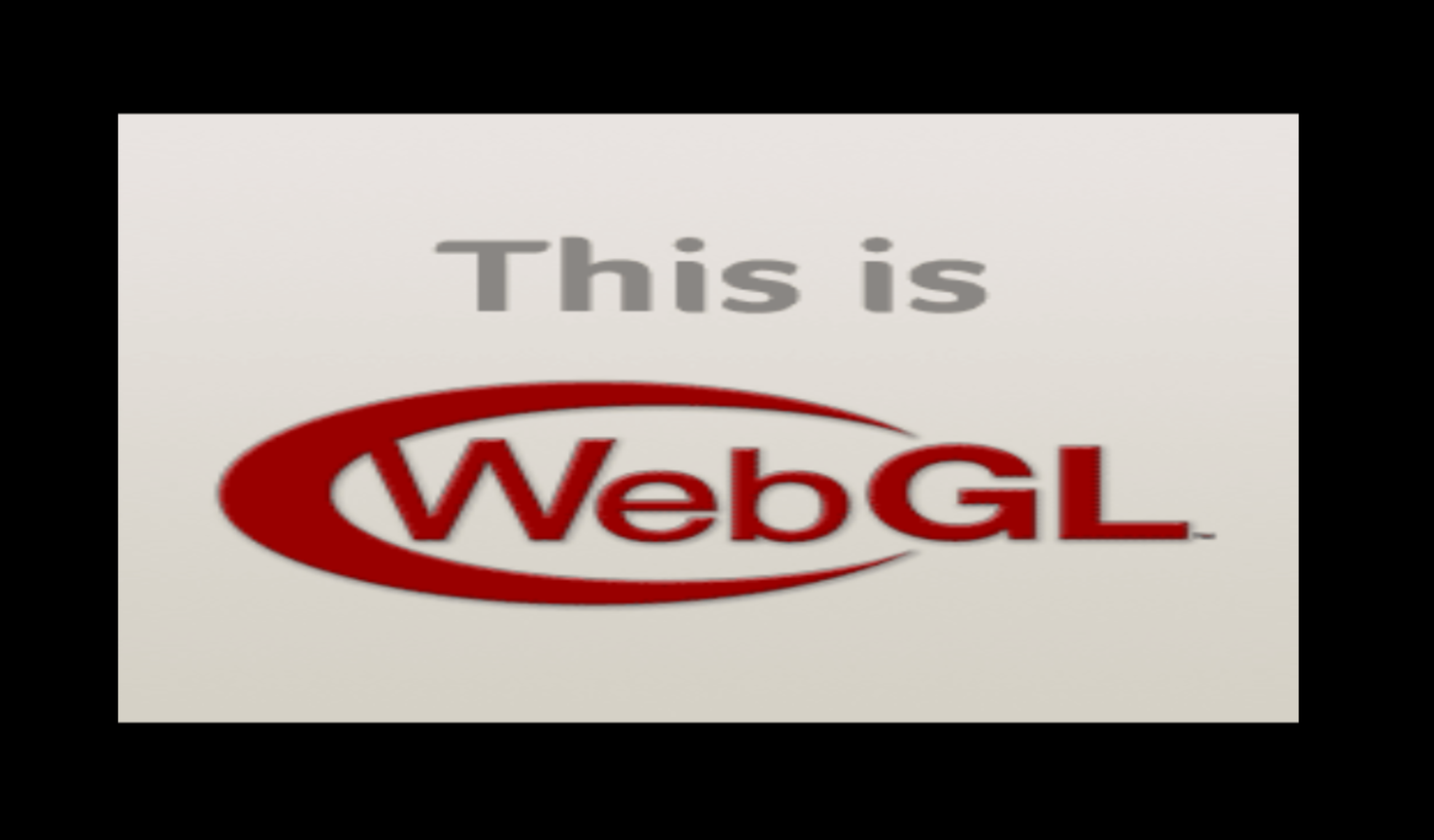 In Part 1, we learned the basics of drawing with PicoGL.js:

In this lesson, we’re going to add two important tools to our drawing toolkit: textures and framebuffers.

END_OF_DOCUMENT_TOKEN_TO_BE_REPLACED 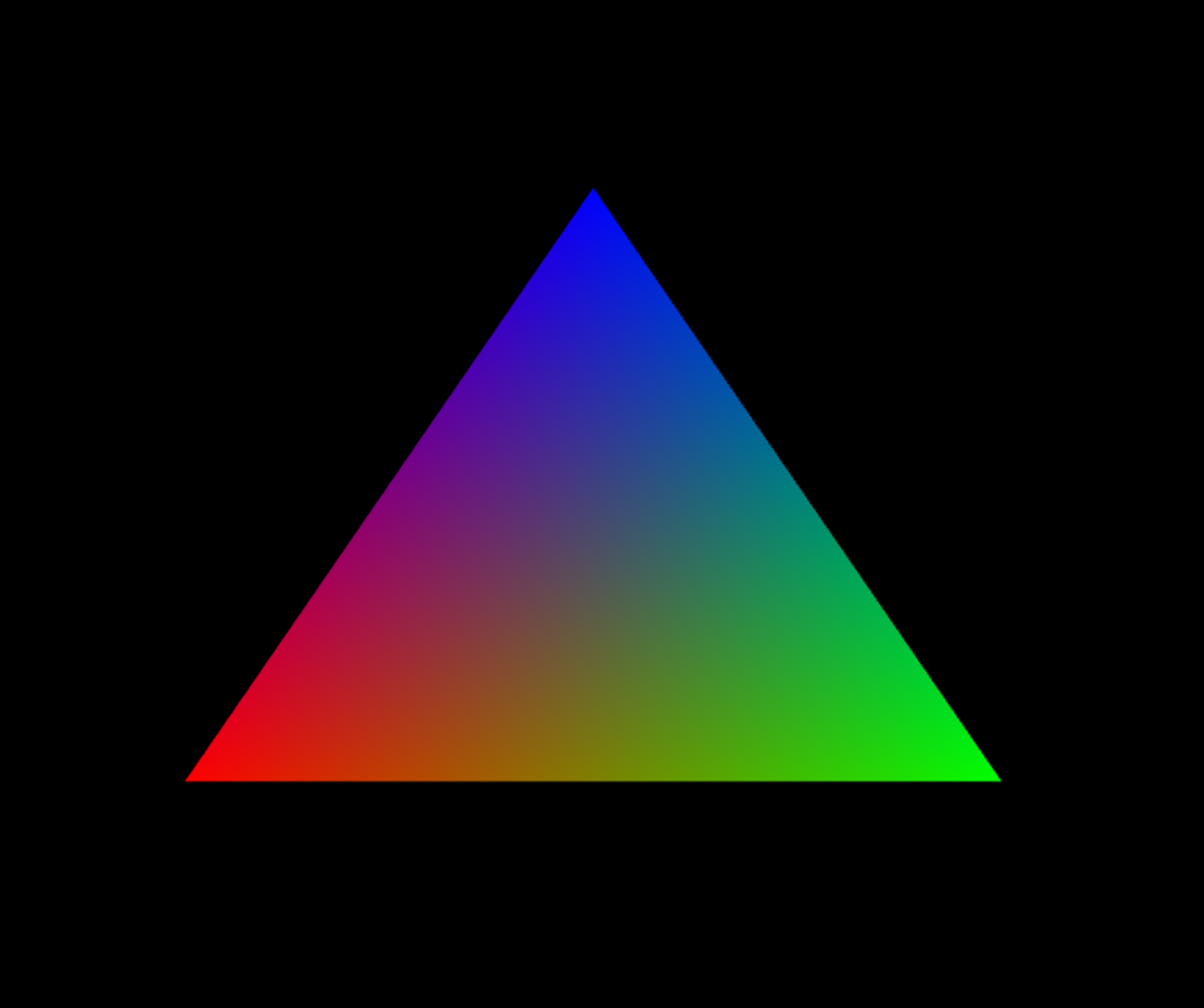 Welcome to our first lesson! As with any graphics tutorial, the first thing we need to do is get a triangle on the screen.

First a bit of set up. To get started we’ll need the following:

Throw the two libraries into a directory on your machine, and create an HTML file named part1.html. Run your server and navigate to the correct URL to view the page (default is localhost:8000/part1.html for SimpleHTTPServer, localhost:5000/part1.html for nano-server). It’ll just be a blank page, but we’ll fix that shortly.

END_OF_DOCUMENT_TOKEN_TO_BE_REPLACED 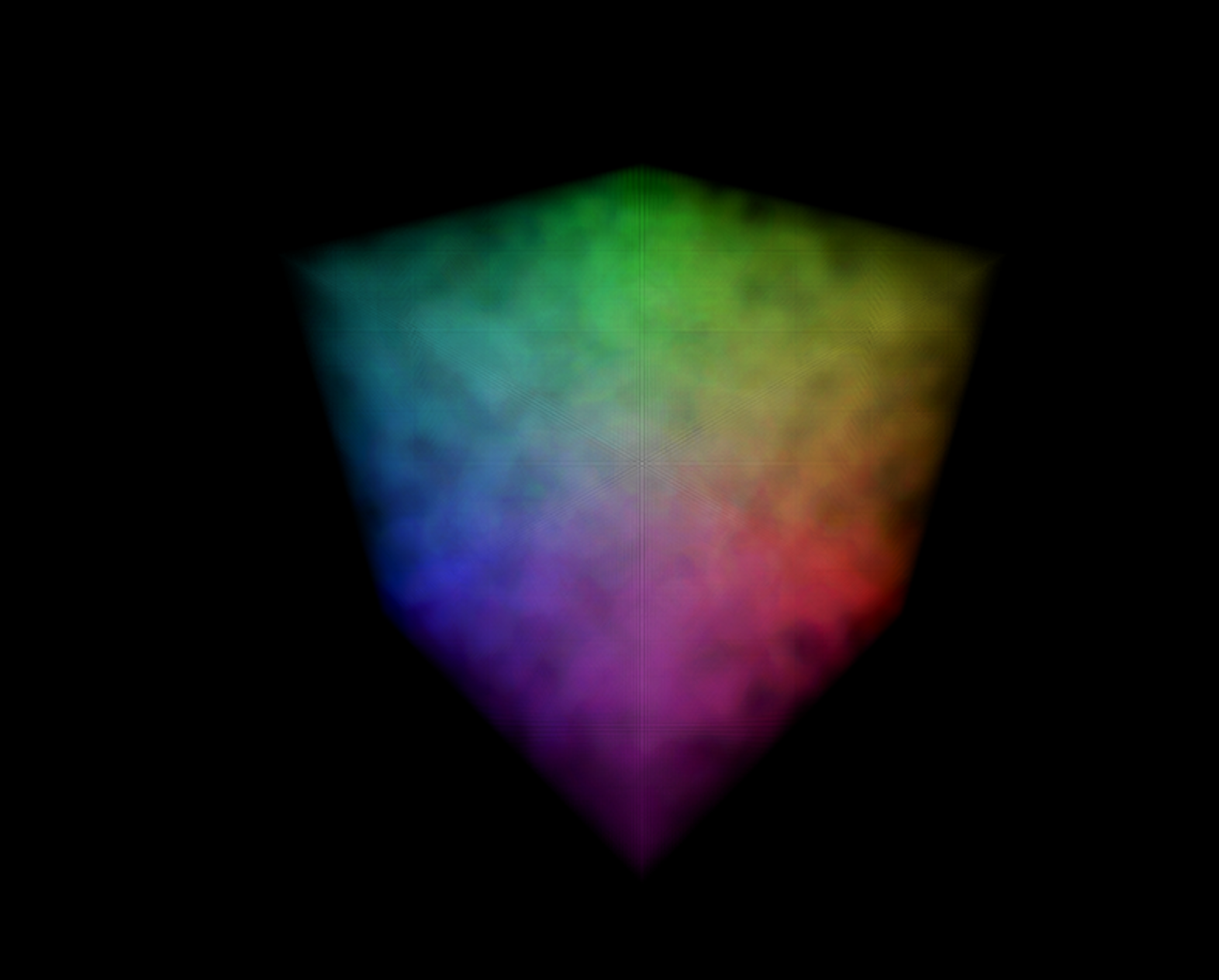 WebGL 2 is a substantial update to the WebGL API that requires a deeper understanding of the graphics pipeline than was necessary for WebGL 1. Many of the new features require manually ensuring that handles and memory are correctly laid out so that the pipeline can use them efficiently, but this setup can fail in subtle ways that can be difficult to debug.

PicoGL.js is a small WebGL 2 library with the modest goal of simplifying usage of new features without obscuring the functioning of the GL. The constructs one works with are the constructs of the GL: vertex array objects, vertex buffer objects, programs, transform feedbacks. PicoGL.js simply provides a more convenient API for interacting with those constructs, manages GL state, and also provides workarounds for some known bugs in WebGL 2 implementations.

This tutorial series will provide an introduction to WebGL 2 development though PicoGL.js. Readers are expected to have some familiarity with WebGL 1 or another 3D graphics API. While I will try to fully describe the concepts that will be discussed, this series will be challenging for those with no graphics background. I’d recommend the Udacity Interactive 3D Graphics course or WebGL 2 Fundamentals for total beginners

This page will act as a table of contents that will be updated as the series progresses.

Terms like JavaScript ninja or JavaScript wizard tend to make me uneasy. They suggest a set of priorities in programming that I would argue are counterproductive. To begin discussing why, let’s refer to some definitions:

I wouldn’t consider any of the qualities implied here as important, or even attractive, in software development. Why would anyone want code to be stealthy? Or covert? Or magic? Glorifying these qualities betrays an attitude that shifts focus away from the software we build to the cleverness of the code that’s used to build it. Exploiting syntactic idiosyncrasies in novel ways or displaying one’s knowledge of the esoteric details of a language takes priority over creating robust, maintainable applications. It’s programming as performance, rather than programming as craft.

END_OF_DOCUMENT_TOKEN_TO_BE_REPLACED

WebGL is an interesting technology in that its community has brought together developers from highly disparate backgrounds. On the one hand, there are 3D graphics programmers who know the GPU architecture, the math, the algorithms, and who previously wrote their software in close-to-the-metal languages like C or C++, generally with OpenGL or D3D as the graphics API. For them, the path to WebGL involves learning the idiosyncrasies and limitations of JavaScript, as well as the best practices of working with the Web as a platform. On the other hand, there are those, like me, with a background in web development who want to use WebGL to build their sites or web applications. I should be clear here that I’m not referring to web developers who just want to get a bit of 3D into their web sites, as can be done with the myriad libraries and frameworks currently available. Rather, I’m referring to those who want to understand and use WebGL at a deep level. This, I would argue, is a far more difficult path than that taken by the graphics programmers and involves developing an understanding of the following three major areas involved in WebGL programming:

END_OF_DOCUMENT_TOKEN_TO_BE_REPLACED

JavaScript is a language that has always been at odds with itself. It derives its core strength from a simple, flexible object model that allows code reuse through direct object-to-object prototypal inheritance, and a powerful execution model based on functions that are simply executable objects. Unfortunately, there are many aspects of the language that obscure this powerful core. It is well-known that JavaScript originally wanted to look like other popular languages built on fundamentally different philosophies, and this trend in its history has lead to constructs in the language that actively work against its natural flow.